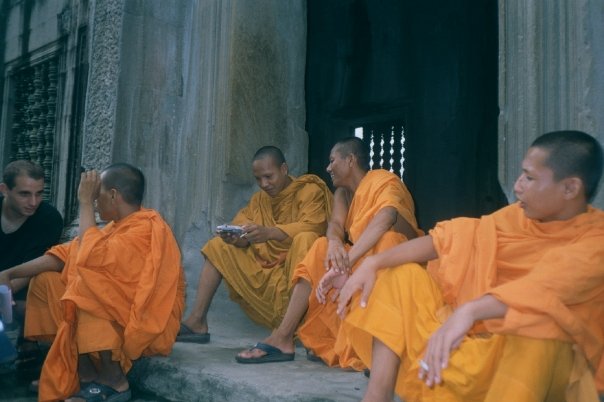 The Liar’s Guide to South America is now available to buy as an eBook from Amazon. Hurry while stocks last!

UK Reader? Get it here!

USA / International Reader? Get it here!

My first gig in film was as a runner and stand-in for the male lead in I Want Candy, a British comedy inspired by the success of Hollywood’s gross-out renaissance of the late nineties. It’s about two film students who accidentally agree to make a pornographic film. I don’t suppose you’ve heard of it. The script read well enough, and the casting of Carmen Electra as a porn star with a heart of gold was a real coup for the studio. As a fresh-faced wannabe, the job was a dream come true. After just one day on set I was beginning to wonder what on earth I’d let myself in for.

“Hi Mike! How was your first day?”

The average call on set is around eleven hours. For a good runner that means a minimum of fourteen hours with a working lunch. You need to be first on, last off and always have a smile on your face. Add travel time and six day weeks, and you start to feel the strain. Complete the picture with a hard-ass first assistant director, and life can be pretty tough for six weeks. Then it’s back to unemployment and touting for your next gig.

“And what does that entail?”

“The actors block the scene. You step in and pose while the Director of Photography lights it. Then you step out and the actor’s step back in.”

“And what scene did you do today?”

Well Mum. I lay on my back on a bed whilst a female runner whose name I haven’t caught yet straddled me and we simulated intercourse. The director, first and DP discussed how this should look, whilst five electricians fixed lamps and three camera guys checked levels and focus.

“Well Mum… it was a bit like Love Actually.”